"We belonged to the Band of Hope and in the summer we’d go for an outing. This gentleman had a flat cart and we’d all assemble to go on it. It was pulled by one of the big shire horses and it was beautifully got up, ribbons and brasses and all the rest. And the cart had been cleaned and washed and they put straw on. The girls had to sit in the middle and the boys could sit with their legs dangling all the way round. They thought that was marvellous, and we used to go as far as the Homestead at Clifton and we thought we’d reached the other end of the earth." Mrs S H born 1904 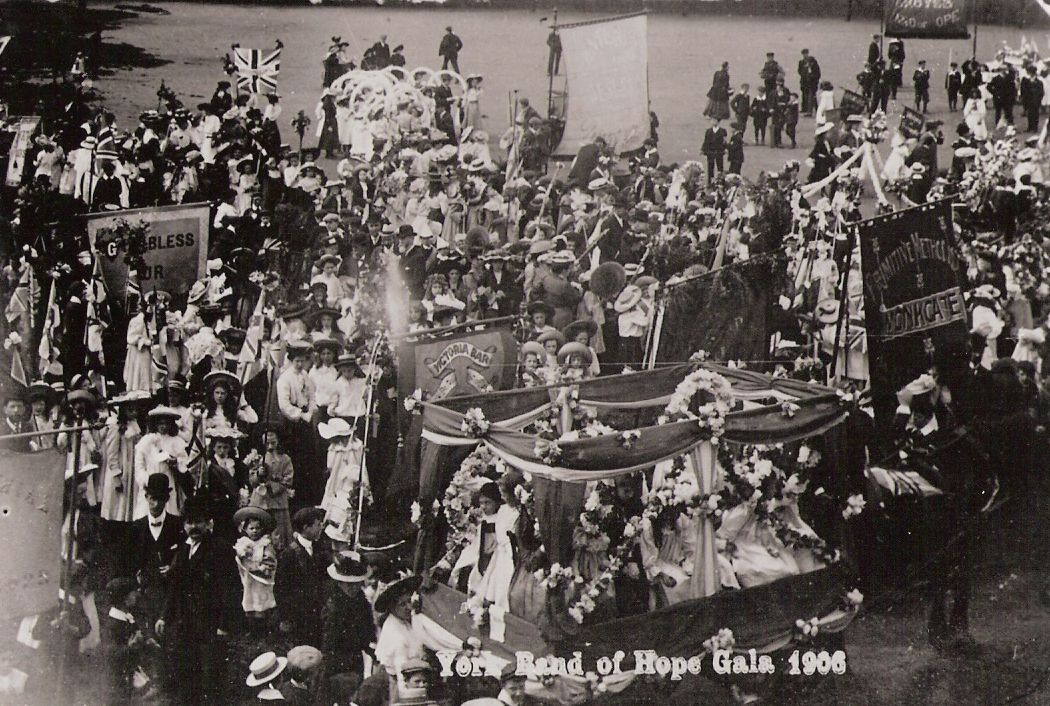 Band of Hope Gala in York 1906. The Band of Hope was a temperance organisation keen to get young people to sign the pledge. They tried to fight alcoholism which was a serious problem at that period.
THE RIVER KING

"I remember sitting on my grandfather’s shoulder, he was stood on Ouse Bridge, looking down to where the little boats were. There was a steam boat, the River King, all illuminated with all lights. There was a band on board playing patriotic music, and that was 1905 which was the centenary of the Battle of Trafalgar." George Thomas born 1901 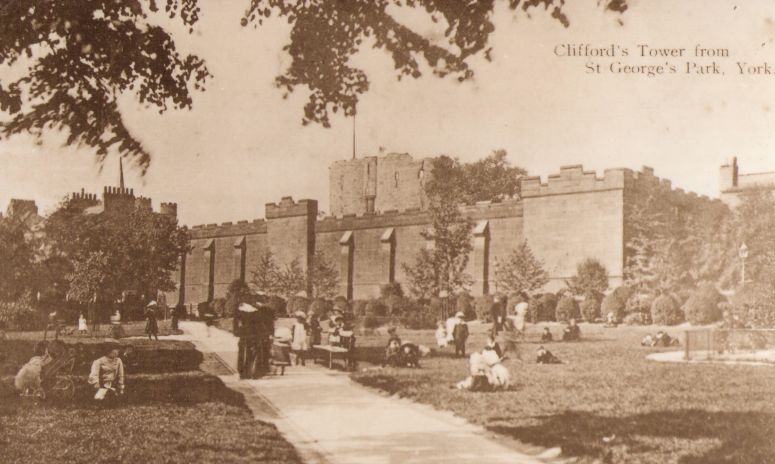 "In the street where I live, off Leeman Road, there used to be an adult school. The Honesty Girls’ Club was upstairs, they had a dance hall up some steps and then there was a small place off that to play cards and dominoes. And in the bigger department was a billiard hall, darts and a bar where you could get soft drinks, crisps and chocolate." Gertie Hutchinson born 1906

"There was a ferry on Leeman Road, you paid a penny to go across to the Homestead. Just an ordinary boat, backwards and forwards. There was an ice rink at one time, back of Swinnerton Avenue, where they’ve built it all up. There was a travelling fairground, same as they have on George’s Field but smaller scale. They used to come every year about November time. We were a lot happier than what they are today. You were bathed every Saturday night in front of the fire in an old tin bath and then on a Sunday when you went to Sunday School, you had a special dress on, all white. You used to buy a new dress at  Easter or Whitsuntide, in them days, and it was always white. You had white shoes and stockings on, always."  Ethel Smith born 1909 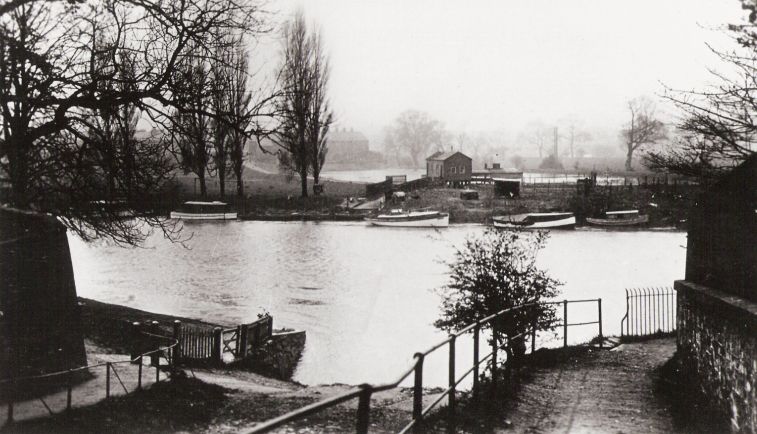 "Military Sunday was an event. They used to come out in full dress uniform and march from the barracks through the market place, Coney Street to Duncombe Place and then to the Minster. The police were there and crowds would congregate along each side of the road in their hundreds. I got on the front line one day and I could hardly breathe, I was quite small at the time. We had the Royal Scots Greys and the First Royal Dragoons, they had very colourful uniforms and there were infantry, chiefly West Yorkshire Regiments. One interesting character who appeared with the Scots Greys was Prince Arthur of Connaught." George Thomas born 1901 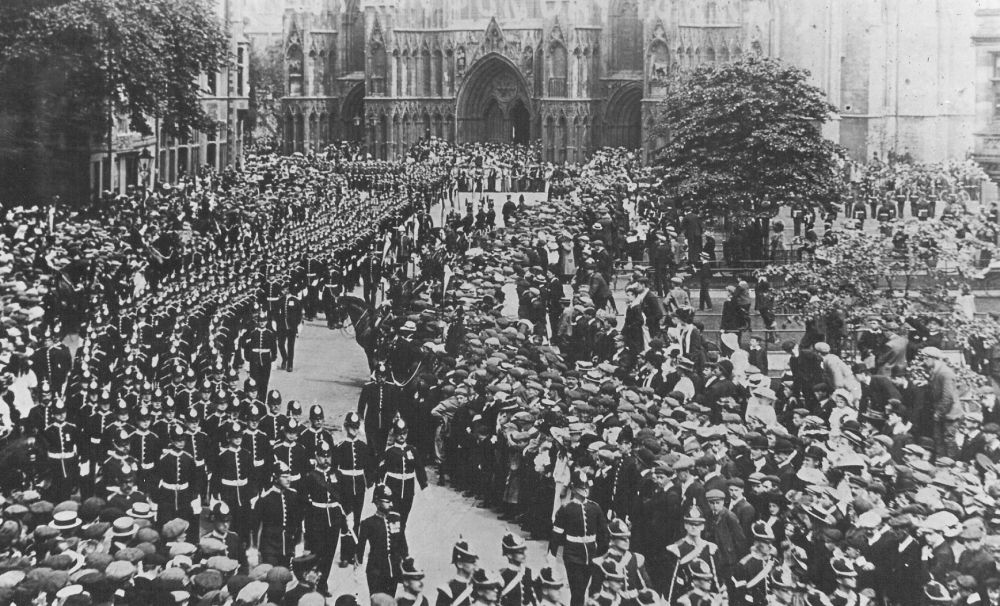 Military Sunday outside the Minster, between the wars.
THE PONY AND TRAP

"I remember going to friends at Cottingwith and father used to hire a pony and trap. You could hire them by Lendal Bridge, down at the bottom was a horse repository. Sometimes it would be a governess cart where three of us sat in, and sometimes it was a dog cart with two at the back. I didn't like that, I always felt I was going to fall out. I can see us now going clop clop clop down Fulford Road. Fortunately the friends we went to, he was a farmer, and used to take the horse out of the trap and put it in the stable and harness it. I’m sure we’d never have got home, the horse would have gone off without us if my father had harnessed it. He could drive it and that was about all." Maude Worfolk born 1910 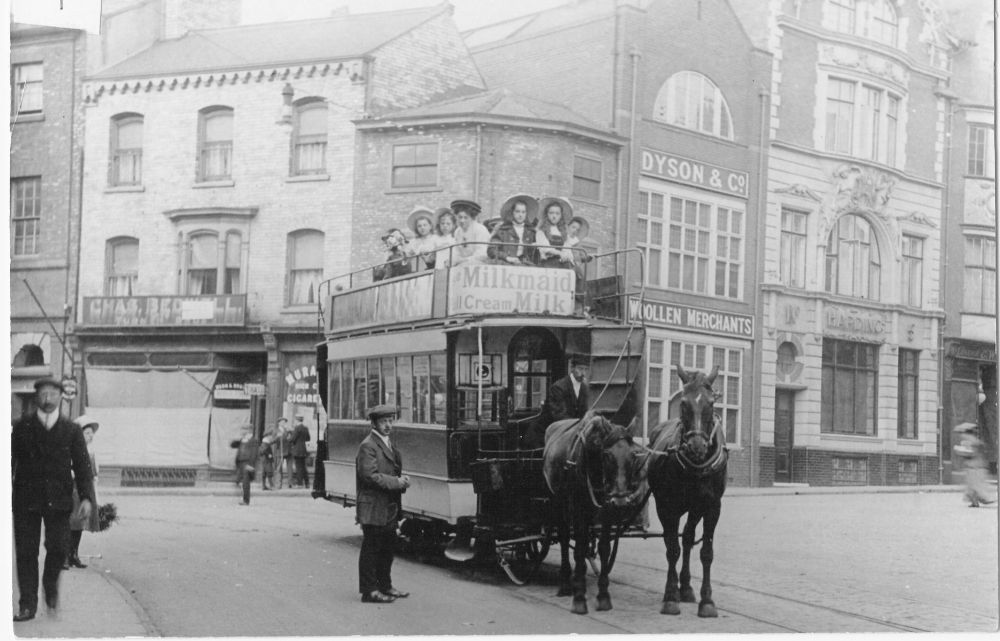 Tram in Nessgate, with Coppergate on right. Harding’s shop was Habitat until 2010.
COMMUNITY SPIRIT

"The atmosphere was marvellous, everybody helped everybody else. If your mother didn’t appear for a full day, your neighbours would pull you up in the street and say, “Where’s your mother, what’s the matter with your mother?” And if you said she wasn’t very well, they’d come in and they’d bring bread cakes in. You never used to lock any doors. If you wanted to go anywhere, you’d just leave your doors open. If anybody had been in your house when you got back, you knew what they’d been in for, because there’d be a fruit pie on the table, it was to put something in, not to take something out." Nell Fearn born 1918 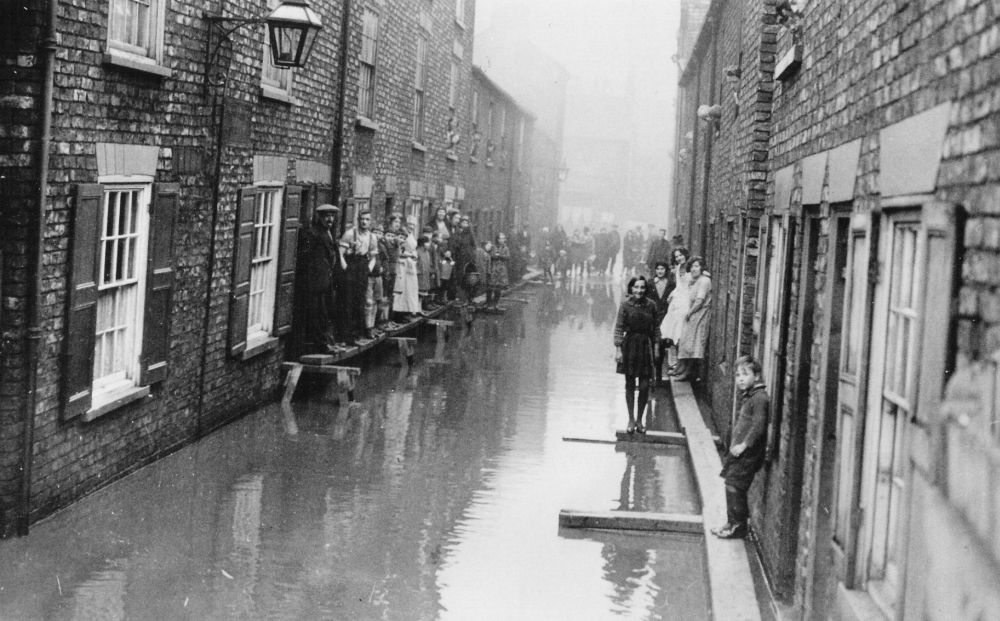 Lower Wesley Place in Hungate in floods of 1933. Nell Fearn lived in this community.

"When I was 15 in 1929, four of us commenced the Clarion Cycling Club. There was Alex McTurk, Bert Hepple and a gentleman called Helliwell. And we gradually built up until we’d a membership of 70. We met at Alex McTurk’s house in Charlton Street, Bishopthorpe Road. The first outing was to Pontefract and Ferrybridge. After that we extended our distances until we got to Whitby. We formed three sections, the high rider section, 150 miles onwards, the day riders, up to 100 miles, and the afternoon riders. It got stronger and stronger and so big that one or two members broke away and formed the Ebor Cycling Club. There was some quite good friendships made, as a matter of fact one or two of them married. We went to Halifax to a meeting and when we sat down to watch the meeting, first one started itching and then another, then one took his pants off and started shaking them in the wind and the women were doing likewise, unaware of us watching them. We’d sat down on anthills.

We rode in twos, captain at the front, sub-captain at the rear and if there was anything coming, a car from the rear, the sub-captain used to shout, “Keep in”. We used to have ports of call when we were returning from a run. One was Ma Green’s at Scagglethorpe, coming back from the coast. Her husband was an AA scout and we were always made welcome there, tea and cakes and they were very reasonable. You could stop for a couple of hours. And the other was Gregson’s of Thirsk. He had a penny farthing there for anybody that wanted a ride on it. The Clarion call was “Boots”, as a recognition for other club members. In summer we wore shorts and open necked shirt, then in winter we had plus fours and polo necked jumpers.

At that time there were two prominent dealers in York – Freddy Fenton and Arnold Elsegood. Fenton built the Fenton Five, and the Fenton Zip. They could be built to your own specification. You had the racing tyres which were more of a sorbet rubber composition, you got a good mileage from them."  Harold Raven born 1914 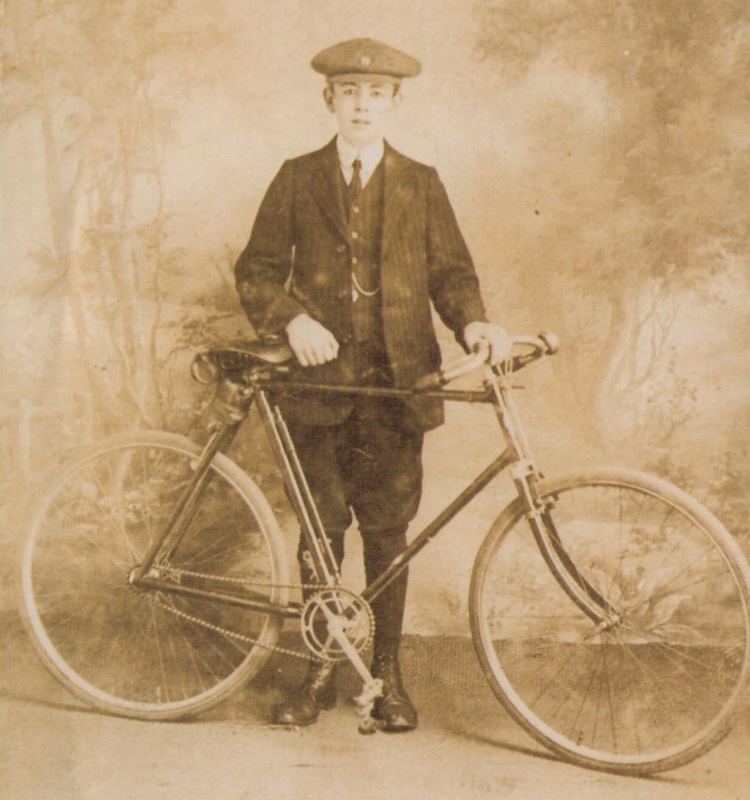 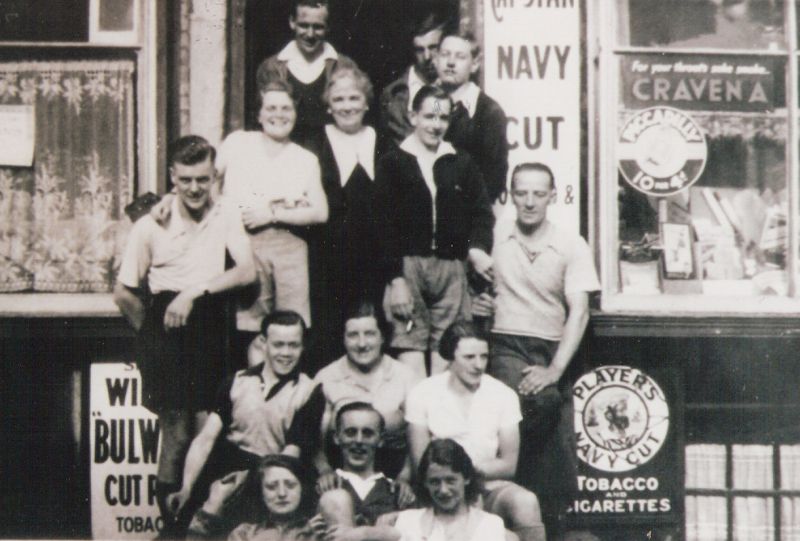 Cycling group outside the tea shop in Pocklington.