Since our foundation in 1982 we have completed a series of project, the results of which are held in our archives.

In 1998 we interviewed twenty York men and women who had reached their century. We had a major exhibition in the Barbican Centre with coverage on TV and radio as well as in the local press.
Below are photos of George Brumfitt Gledhill (1894-1998) who was born in Burley in Wharfedale, Yorkshire, served in the Great War and is pictured in 1998 in Bishophill. There are several collections of his oral histories in the collection.

Our chairman, Mike Race, researched pubs in York and interviewed a number of people who had lived or worked in them. This culminated in an exhibition and book ‘Public Houses, Private Lives’. 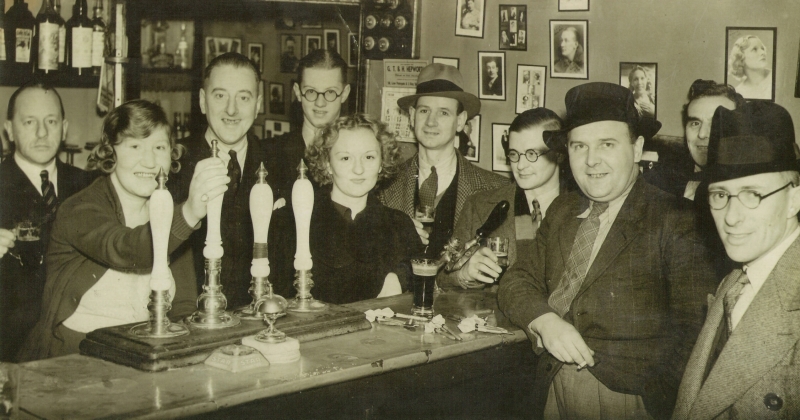 Jessie and Harry Ashton Campbell, son Frank and cousin Ruth Inglis gather together with customers at the York Arms, Petergate in the 1930s.

Two members have interviewed a number of York teachers to build up a picture of education in the city.

Van Wilson and Mike Race interviewed a number of people who worked at Terry's, in the factory, offices, bakery, restaurant and laundry. This was a joint project with York Castle Museum and culminated in a book ‘The Story of Terry’s’ by Van Wilson in 2009 together with an exhibition in the museum. We have a collection of photos and memorabilia relating to the company. The book is out of print but there are talks about a possible reprint. 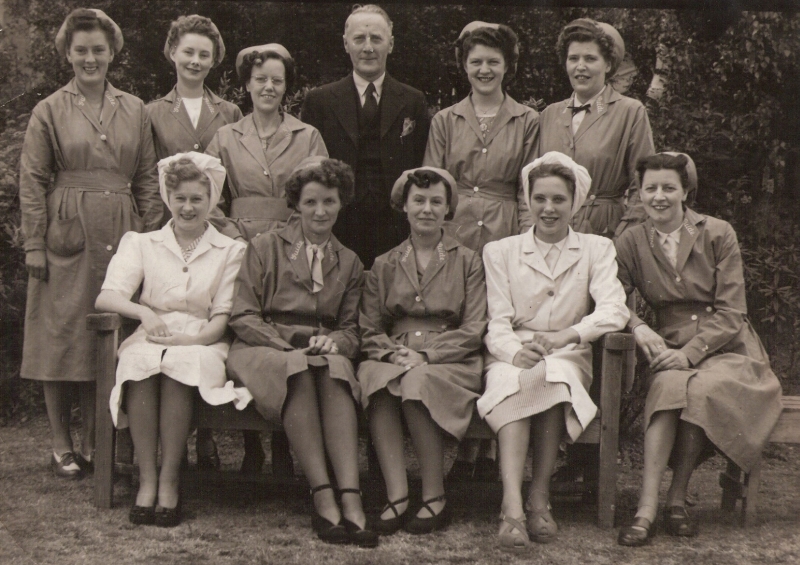 Several years ago we conducted our biggest project on York oral history, funded by the Heritage Lottery Fund, when we interviewed 150 local musicians and others involved in York popular music, from the dance band era of the 1930s and ‘40s, to the youth revolution of the 1960s.  We produced two books and two CDs. The full collection of transcripts of recordings and over a thousand photographs are in our collection. 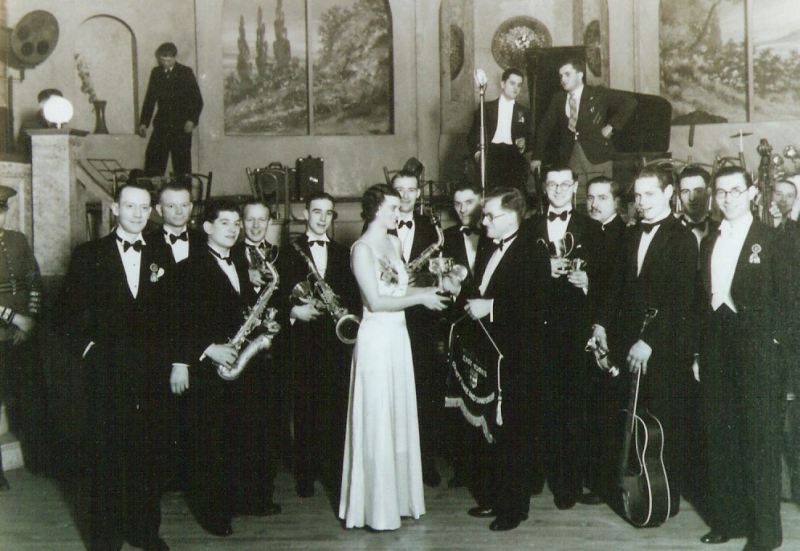 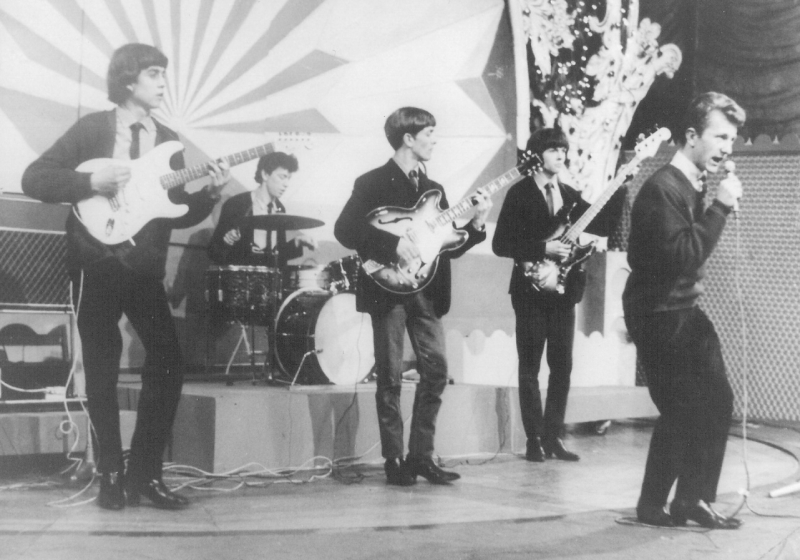 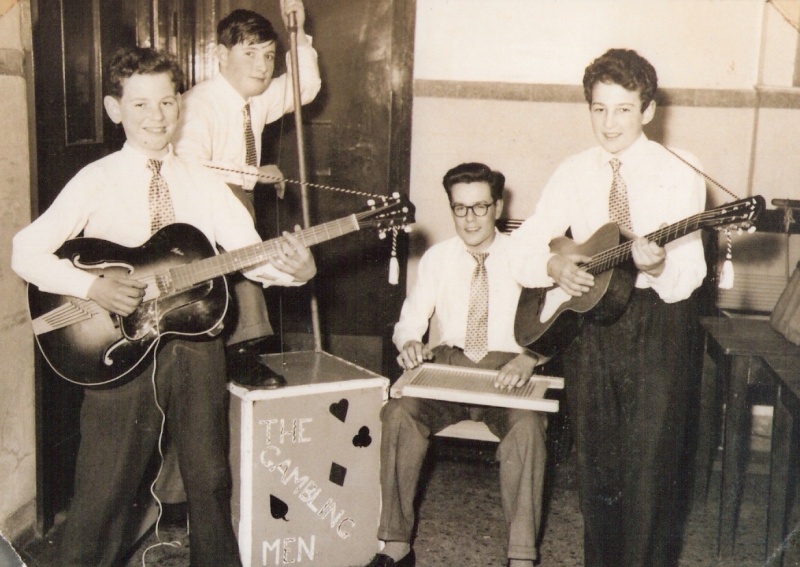 York skiffle group the Gambling Men, 1958. Ian Earley, Patrick Byrne, Terry Herbert and Norman Fowler (Steve Cassidy).
York’s most famous musician is John Barry, who was the son of the entrepreneur JX Prendergast, owner of the Rialto, who was instrumental in bringing many famous singers and bands to York. John Barry formed the John Barry 7 then went on to produced records for Adam Faith and other pop stars, before becoming a world famous film composer and arranger. He is now best known for the James Bond themes and soundtracks to such films as Body Heat, Chaplin, Dances with Wolves, Enigma, Midnight Cowboy, Out of Africa, Peggy Sue got Married, The Scarlet Letter and Somewhere in Time.

But he began his musical career in York. 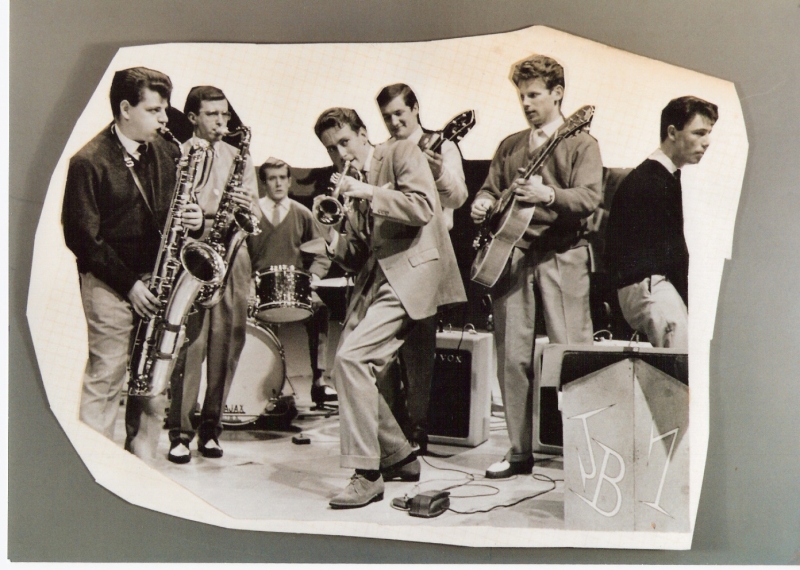